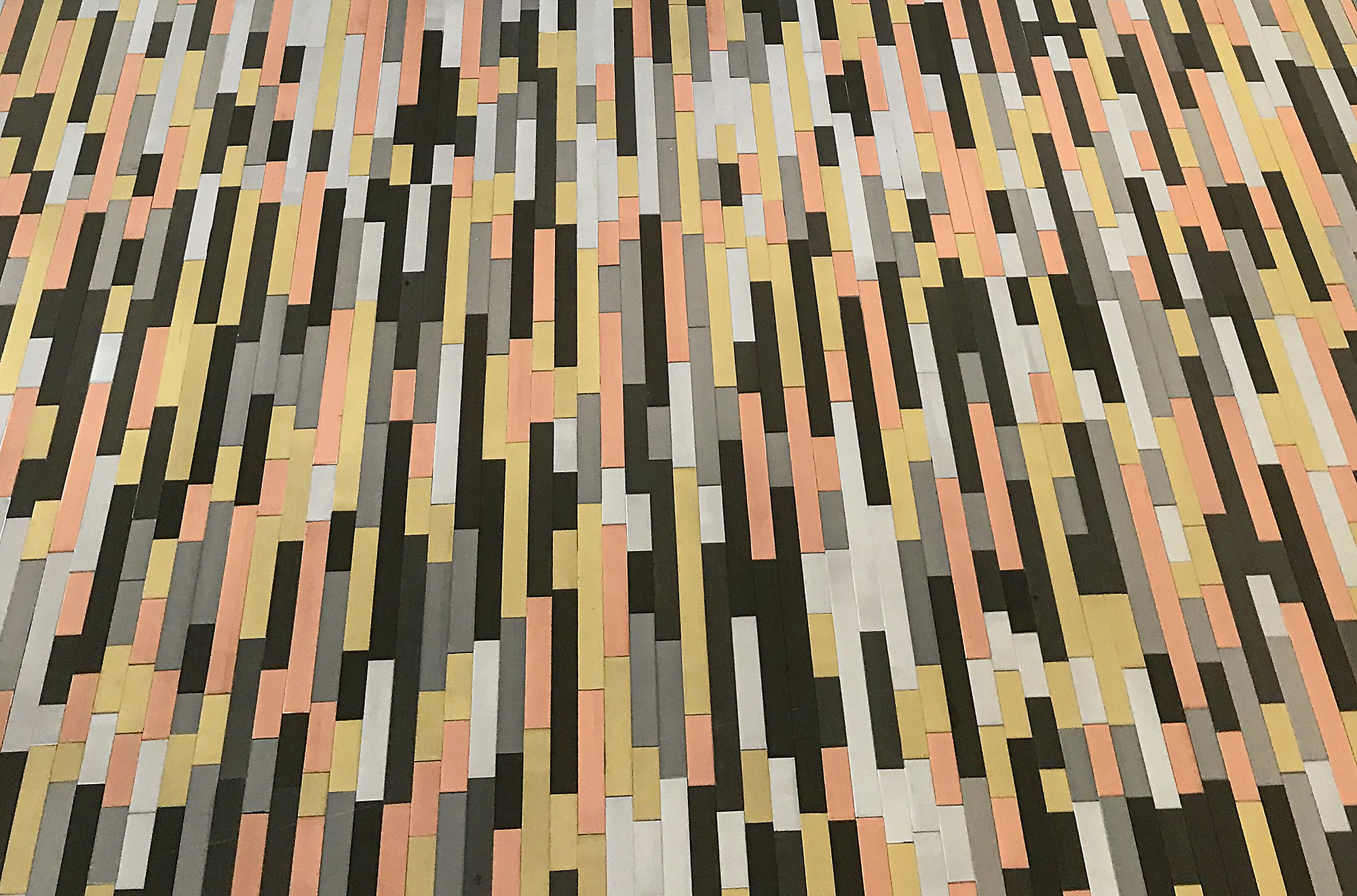 The art of making art

From a crazy idea to a table. Or: all the things you can do with a KAISER+KRAFT scissor lift platform truck.

When you interview interior designer Ivonne Krehl and ask her first thoughts on this project, the answer is refreshingly honest and simple: “Sh..., how is that supposed to work?” We asked ourselves the same question when Ivonne Krehl presented us with her idea to re-purpose a KAISER+KRAFT scissor lift platform truck into a central hub for encounters, spirituality, celebrations, art and culture.

After decades, the more than 300-year-old deanery building of the Protestant church in the centre of the city was once again to become the “living room for the marketplace”, the “gateway to the people” and the business card of the Protestant church community of Ludwigsburg; with a completely new concept being sought for the ground floor of the heritage-listed building. The tender for this project was awarded to Ivonne Krehl, interior designer and head of the agency Kreation Krehl – Interior Design & Trading in Ludwigsburg. Her design puts the scissor lift platform truck in the middle of the visible steel structure of the room as a central table and as a Christian symbol.

The bold concept by the interior designer also required a bold method of implementation. In the words of the creative Ivonne Krehl: “I had the crazy idea with the table; Andreas Furtwängler, an artist who works with metal, together with a team of craftsmen, was even more eccentric and immediately got to work on the sketches – and the building project organiser, the Protestant Church, was also more than open-minded to the idea itself. At this point, we still needed a partner who knew all about mechanical engineering.” This is because the “table sculpture”, handcrafted from 5 metals, was to be supplemented with a scissor lift table, thereby also allowing it to be used as a stage.

The scissor lift platform truck is “illuminated”: from the idea to the finished result.

Not such as crazy idea after all, as the sales team of KAISER+KRAFT Germany found, and instead a convincing, albeit challenging, project for which we were happy to be the fourth man on board with our technical know-how and planning expertise from the industrial sector. The scissor lift platform truck should be able to be raised variably from a seated height of 30 cm to a standing height of 90 cm. In doing so, it was especially important to observe the tipping moment when the steel plate moves towards the platform and is therefore also fully extended. This challenge was solved with a special design including a locking device: this ensures the platform can not tip over and pose a danger.

“What was needed here was an unusually intense, open and special form of cooperation between the clients, the structural engineers, the interior designer, the craftsmen and artists and us as planning experts”, as the KAISER+KRAFT team that oversaw the work commented on the successful work on the project. Coordination was held frequently and involved everyone in order to ensure the artistic tasks were perfectly harmonised with the associated technology.

The technology behind it is right next door

Above the scissor lift table in the main room on the ground floor, there is a light and acoustic element with custom-made LED light ellipses for the different scenarios; the drive technology for the scissor lift platform truck was installed in a recess in the floor below the table. And in order to keep the “scissors” from view and rule out the potential risk of injury, a folding sheath was affixed to the table. “I found KAISER+KRAFT's instructions during the installation super interesting, along with seeing on site how many and which steps had to be followed to get from the idea to the result”, as Ivonne Krehl says about the technical implementation.

“The table is really cool to use; above all I love the noise when it is raised”, as the interior designer said when the table was put into motion for a test run upon completion. The control technology for this was installed directly in the adjacent room – with an operating panel firmly secured to it – to ensure it remains concealed from view and the table can be moved into the required position as if by magic. “Every visitor wants to know how the technology behind it works”, as artist Andreas Furtwängler explains the reactions to it.

So... what can we do for you? We have special solutions for your specific challenges – regardless of whether you want to extend rooms or redesign them. This is what we can offer you any time: solutions for your business. Including quality, reliability and the right advice.

If you are also working on planning a project, then please do not hesitate to contact us. Our experts are always happy to advise you and provide competent support.