How to lift, carry and pull loads correctly

You carry a box over here, a box over there, and at the end of the day you go home with back pain. This is unfortunately the reality for many people working in warehouses, production facilities or on building sites. Eventually, it can lead to more serious back problems, as a result of which employees may have restricted movement, be written off sick for long periods, or even become permanently unable to work.

It doesn’t have to be this way. Here, we show you:

How incorrect posture can put undue strain on the spine

The spine is our central support structure and a miracle of engineering. It consists of 24 movable vertebrae, a large number of tendons and muscles, and intervertebral disks. As the name suggests, these disks are positioned between the vertebrae. They are filled with liquid, which allows them to absorb shocks and strain, as well as to ensure that the spine maintains its elasticity.
However, the disks often lose elasticity and height as a result of repeated stress and strain. This can lead to further signs of wear, intense pain and restricted movement. Although it can seem like one wrong movement has triggered permanent back pain, this is usually just the straw that, as it were, broke the camel’s back.

What may seem like minor details make a major difference in this process. This particularly applies to the way in which we lift and carry loads: the strain being put on the intervertebral disks varies widely depending on what technique we use.

The following diagram shows how marked these differences are: 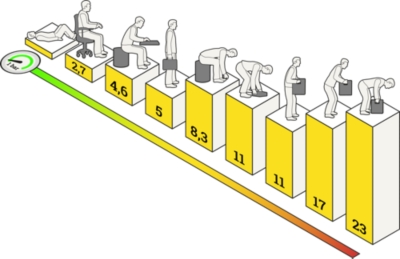 So when it comes to lifting, carrying and pulling loads, having the right technique is essential. The following tips will help you to significantly reduce the strain you put on your body, thereby preventing injury.

How to lift correctly

Important: Before you start, establish whether you can or should lift the object alone. If you’re unsure, get someone to help you. Lifting together is safer.

How to carry a load correctly

Important: If you have to carry a load over longer distances, remember to stop and take breaks.

How to push and pull loads correctly

Important: Having the right posture will only help to a limited extent if you have overloaded a cart or loaded it in an unbalanced way. 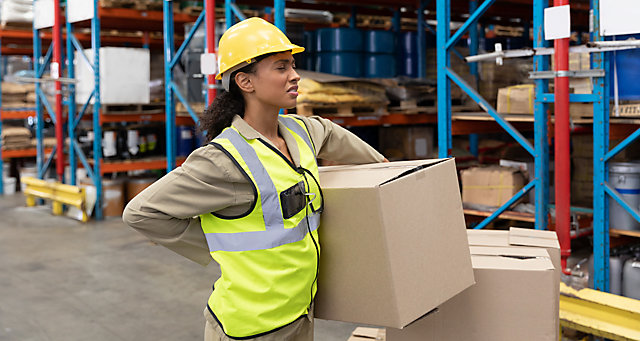 How much someone can carry without putting too much strain on their spine depends on a number of factors including their age and physical condition, but also posture, options for gripping the object in question, and the length and frequency of the task. Even the type of floor can play a role.

Legal weight limits only apply to vulnerable groups such as pregnant women. However, where loads are being transported manually, employers must observe the relevant regulations on load handling and carry out a risk assessment, among other things.

The Key Indicator Method can be used to calculate limits and risk thresholds. It takes into account not only the weight of an object, but also a person’s posture and the type of movement they are carrying out.

As a rule of thumb, remember that less is more. Particularly when lifting and carrying, err on the side of caution and reduce the weight of the load.

Some people’s spines are more robust than others. This is often to do with how strong the surrounding muscles are: strong muscles stabilise the spine and make it more resilient. Strengthening the stomach and back muscles in particular is a way of preventing pain and injury.
This is another reason why it isn’t a good idea to plonk yourself down on the sofa after work every day. Instead, try to get regular, back-friendly exercise such as:

If you find it difficult to fit longer training sessions into your day, remember: Even doing exercises for ten minutes a day can work wonders.
The following article reveals how companies can provide their staff with the opportunity to keep fit at work: How to create a company gym.

Please note: It is important to follow a training programme that strengthens both sides of the body equally. Otherwise, you will increase muscular imbalance, which in turn can cause pain and injuries. 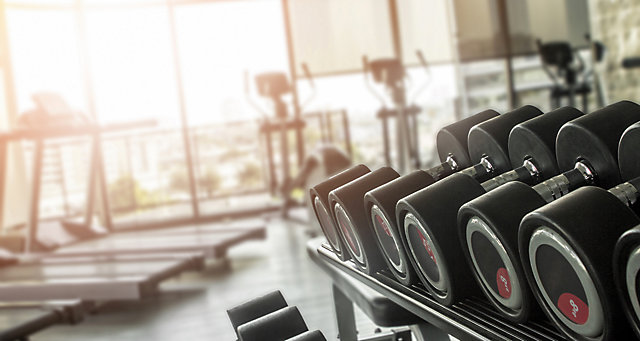 Help yourself – aids for lifting and transporting loads

The best way to move heavy items around is to get a helping hand. That could be from a colleague, or even better, from one of our products designed to make it easier to lift and transport loads.

Choose from a range of equipment including the following:

You can even save yourself the task of pushing and pulling with our electric carts and lifts. These are operated at the touch of a button and require minimum physical effort, making them the best alternative to manual transport. Your spine will thank you.

And finally: tips for seeing, hearing and getting a breath of fresh air

It’s not only our spines that are put under strain during the working day. Our eyes and ears also have a lot to cope with. High temperatures and poor air quality result in decreased concentration, more errors and even illness in some cases.

So here are a few more tips on how to protect your sense organs and improve interior climate in the workplace.

Important: Our lighting requirements change as we get older. Older staff members will need more light in their workspace. Dimmable lighting allows for everyone’s needs to be accommodated.

Important: Our eyes and ears need time to relax. Be sure to take regular breaks so that your sense organs are better able to cope with the demands of your working day.

Important: Going outdoors during breaks is a good opportunity to breath deeply, whilst a short walk helps boost circulation.

Whether it’s staring at a computer screen for hours or working with small components, focusing on something close at hand for long periods of time is tiring for our eyes. To avoid overburdening your eyes, use these relaxation exercises at regular intervals: